Sean and Heidi met at a church camp in 1996. After rededicating his life to the Lord Sean moved to Broken Arrow, OK where he attended and then graduated from Rhema Bible College. Following graduation, he returned to Billings, MT, and married his beautiful bride Heidi in June of 1999. They then returned to Broken Arrow, OK where Heidi attended and graduated from Rhema Bible college as well.

During their years at RHEMA, they attended Rhema Bible Church and served in various areas such as ushering, youth leadership, and school of the Bible instructors.

In 2003 they returned to Billings where they began to attend a local church until accepting a Student Ministries position in 2006. During the next six years, Sean and Heidi along with the responsibilities of leading the youth served as game day director and sports admin. for the church’s sports outreach, led and taught young adults, started a ministry internship program, as well as serving in other areas of the church.

In September of 2012, the Lord moved them to an itinerant ministry. During this time Sean has ministered in churches, camps, and conferences. Heidi has also had the opportunity to minister alongside Sean and in various women’s events.

Through the years of service, the Lord prepared, trained, and has given Sean and Heidi a desire to see people receive Christ and grow in Him, experiencing the full “Life in Christ.”  On September 28th, 2014 Faith Family Church had its first Sunday morning service.  Year after year the Lord has continued to bless and grow the church family.  Praise God! 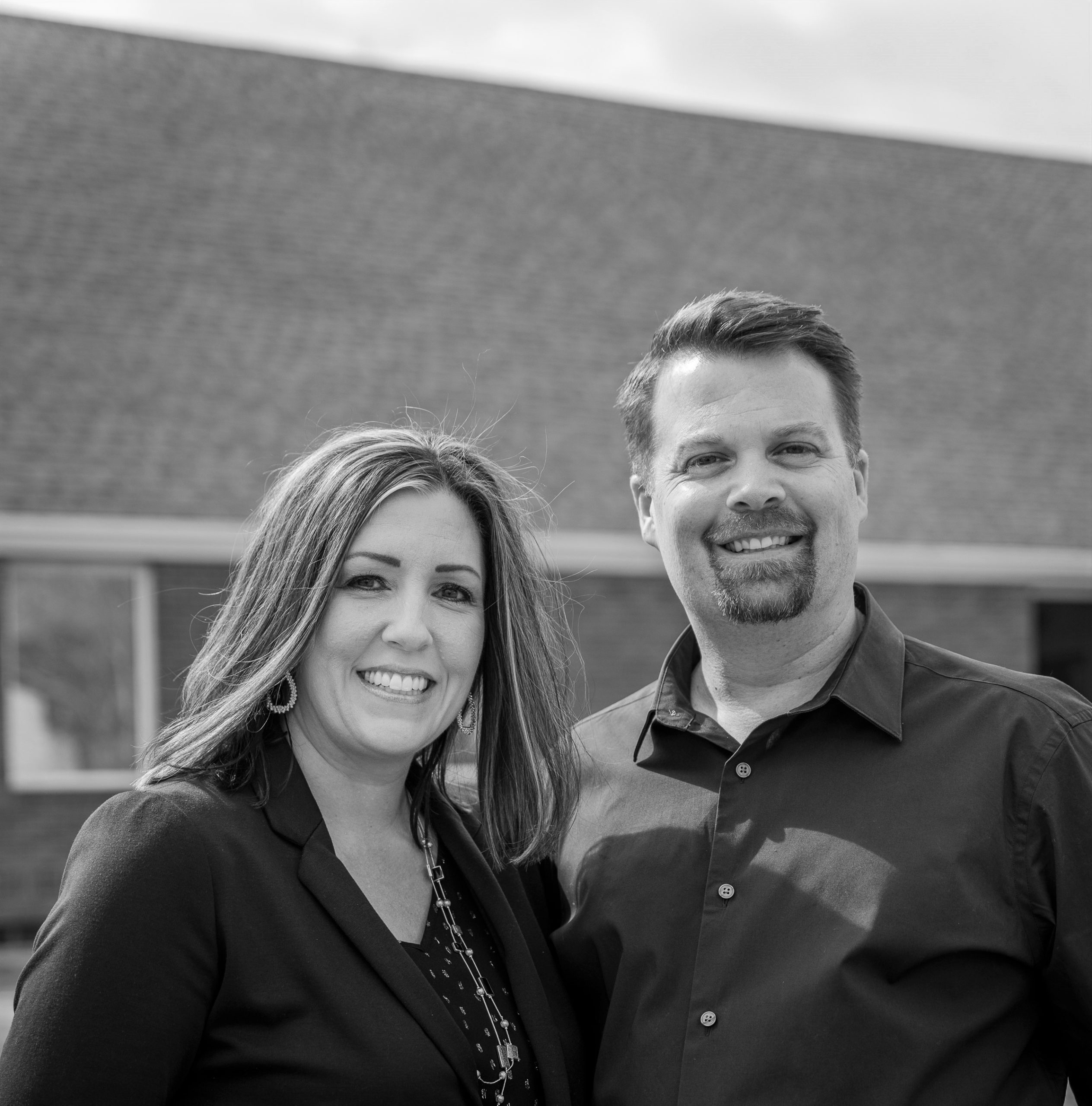 We see a church where people can:

-Come to know and experience God’s love through “Life In Christ.”

-Come to grow in relationship with God through “life In Christ.”

-Come to discover, develop, and serve through “Life In Christ.”

-Come to the place of sharing with others about the GOOD “Life In Christ.”

Our Prayer For Every Person At Faith Family Church:

Eph 3:16 that He would grant you, according to the riches of His glory, to be strengthened with might through His Spirit in the inner man,
17 that Christ may dwell in your hearts through faith; that you, being rooted and grounded in love,
18 may be able to comprehend with all the saints what is the width and length and depth and height —
19 to know the love of Christ which passes knowledge; that you may be filled with all the fullness of God.
20 Now to Him who is able to do exceedingly abundantly above all that we ask or think, according to the power that works in us,
NKJV

The Church accepts the Scriptures of the Holy Bible as the revealed Will of God, the all-sufficient rule of faith and practice, and for the purpose of maintaining general unity, adopts these fundamental Tenets of Faith and Doctrine. The Board of Directors shall be the final decision maker on religious policies and the body to promulgate, interpret and enforce the Church’s religious policies.

The Bible is the inspired Word of God, a revelation from God to man, the living, infallible, and everlasting rule of faith and conduct, and is superior to conscience and reason. (2 Timothy 3:15-17; 1 Peter 1:23-25; Hebrews 4:12)

The One True GodHead

The triune Godhead is comprised of 3 separate and distinct personalities. The Father, The Son, and The Holy Spirit, who are eternally self-existent, self-revealed and function as one entity. Jesus Christ, who is God manifested in the flesh, is the second member of the GodHead, co-equal and co-eternal with the Father and The Holy Spirit. (John 1:1-5, 10-14; Matthew 28:18-20)

Man, His Fall and Redemption

The Salvation of Man

A) Man’s only hope of redemption is through the shed blood of Jesus Christ (Romans 3:24; John 3:3) On the cross Jesus Christ became sin and sickness providing both salvation and divine healing for all mankind (Psalm 103:3), being justified freely by His Grace through there redemption that is in Christ Jesus. For by grace we are saved through faith. (Ephesians 2:8) “The word is near you, in your mouth and in your heart; that is, the word of faith which we are preaching, that if you confess with your mouth Jesus as Lord, and believe in your heart that God raised Him from the dead, you shall be saved; for with the heart man believes, resulting in righteousness, and with the mouth he confesses, resulting in salvation.” (Romans 10:8-10)

B) The Evidence of Salvation. The inward evidence to the believer of his salvation is the direct witness of the Spirit. (Romans 8:16; 1 John 3:18-19, 24) The outward evidence to all men is a life of righteousness and true holiness. “You will know them by their fruits.” (Matthew 7:16-20)

C) Faith and Works. Salvation is by faith in Jesus Christ and not by human works; however, our works will determine the rewards in eternity. (Ephesians 2:8-10; Galatians 2:16; 2 Corinthians 5:10)

The ordinance of baptism by a burial with Christ should be observed as commanded in the Scriptures by all who have truly repented and in their hearts have truly believed on Christ as Savior and Lord. In so doing, they declare to the world that they have died with Jesus and that they have also been raised with Him to walk in newness of life. (Matthew 28:19; Romans 6:4; Acts 10:47-48)

“And when He had given thanks, He broke it, and said ‘This is my body which is broken for you. Do this in remembrance of me.’ In the same way also he took the cup, after supper, saying, ‘This cup is the new covenant in my blood; Do this, as often as you drink it, in remembrance of me.’ Let a man examine himself, and so eat of the bread and drink of the cup.” (1 Corinthians 11:24-25, 28)

The Evidence of the Baptism in the Holy Spirit

The full consummation of the Baptism of believers in the Holy Spirit is evidenced by the initial physical sign of speaking with other tongues as the Spirit gives utterance and by the subsequent manifestation of spiritual power in public testimony and service. (Acts 2:4; 10:44-46; 19:2, 6: 1:8; Galatians 5:16-26)

The Promise of the Father

All believers are entitled to, and should ardently expect and earnestly seek the promise of the Father, the Baptism in the Holy Spirit, according to the command of our Lord Jesus Christ. (Luke 24:29; Acts 1:4-5; Acts 2:38) With it comes the endowment of power for life and service, the bestowment of the gifts and their uses in the work of the ministry. (Acts 1:8; 1 Corinthians 12:1-31) This wonderful experience is distinct from and subsequent to the experience of the new birth (Acts 2:38; 10:44-46; 11:14-16)

The Church is the body of Christ, the habitation of God through the Spirit, with divine appointments for the fulfillment of her great commission. Each believer, born of the Spirit, is an integral part of the general assembly and church of the first born, whose names are written in Heaven. (Ephesians 1:22-23; 2:19-22; Hebrews 12:23)

The Lake of Fire

Those who have not accepted the redemptive work of Jesus Christ will suffer eternal separation for the Godhead. The devil and his angels, the beast and the false prophet, and anyone whose name is not found written in the Book of Life, shall be consigned to everlasting punishment in the lake of fire which burns with brimstone. This is the second death, the lake of fire. (Revelation 19:20; 20:10-15)

The Millennial Reign of Jesus

The Scriptures promise the return of our Lord Jesus Christ with His saints from Heaven to rule and reign for one thousand years on earth. (2 Thessalonians 1:7; Revelation 19:11-16; 20:1-6) After this, there shall be a new heaven and a new earth. (Rev. 21)

The Church shall only sanction or conduct marriages between a man and a woman. God instituted marriage between male and female as the foundation of the family, the basic structure of human society. (Genesis 2:24) God has commanded that no intimate sexual activity be engaged other than in the context of marriage between a man and a woman. (Genesis 19:5; 26:8-11; Leviticus 18:1-30; Romans 1:26-29; 1 Corinthians 5:1; 6:9; 1 Thessalonians 4:1-8; Hebrews 13:4) God has wonderfully and immutably created each person as male or female. These two distinct, complementary genders together reflect the image and nature of God. (Genesis 1:26-27)

Sean and Heidi met in 1996 at a church youth camp and were married 3 years later on June 19th 1999. They both attended RHEMA Bible College in Broken Arrow Oklahoma. Sean graduated in 1999 from the Student Ministries group and Heidi graduated in 2001 from the Helps Ministries group.  Shortly after Heidi’s graduation they moved back to Billings, MT and began to help in a local church serving and ministering in various capacities. From 2006 to 2012 they served as Student ministries Pastors at Freedom Church Assemblies of God.  Sean began to travel as an itinerant minister in 2012 until 2014.  Heidi and Sean both have ministered the Word of God in various settings from church services to conferences and camps. In September of 2014, they and a team of faithful helpers launched Faith Family Church here in Billings, MT 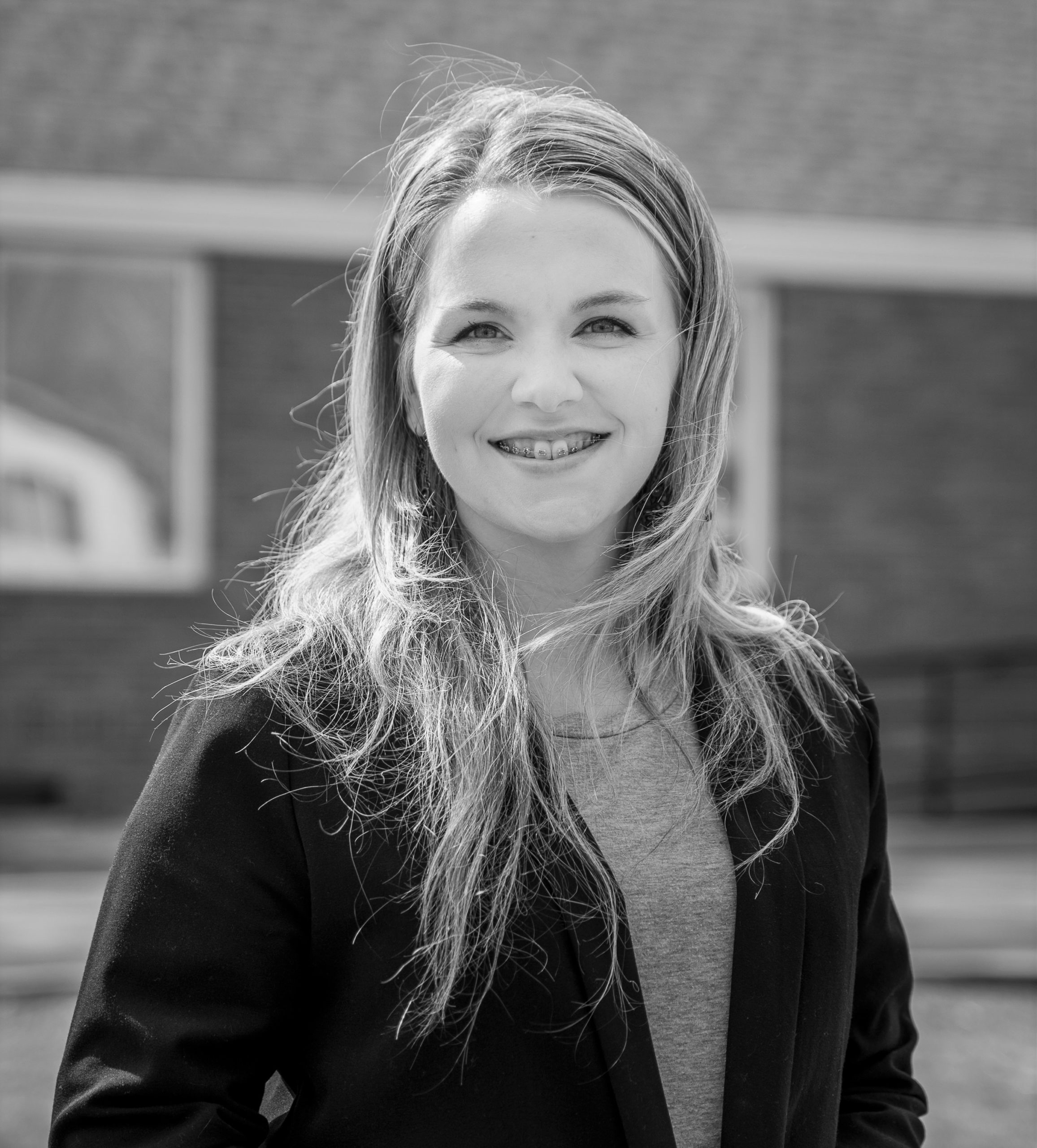 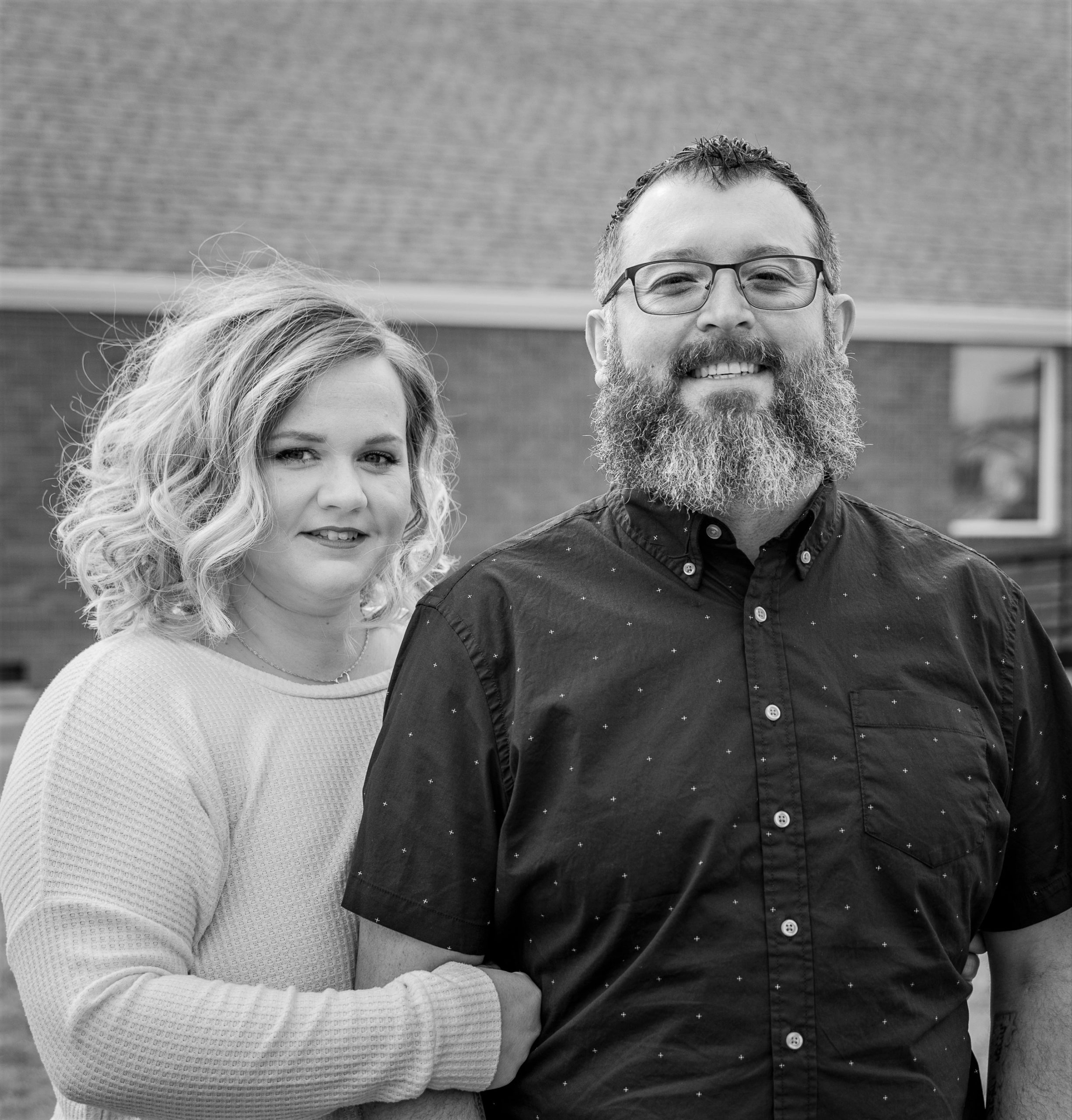 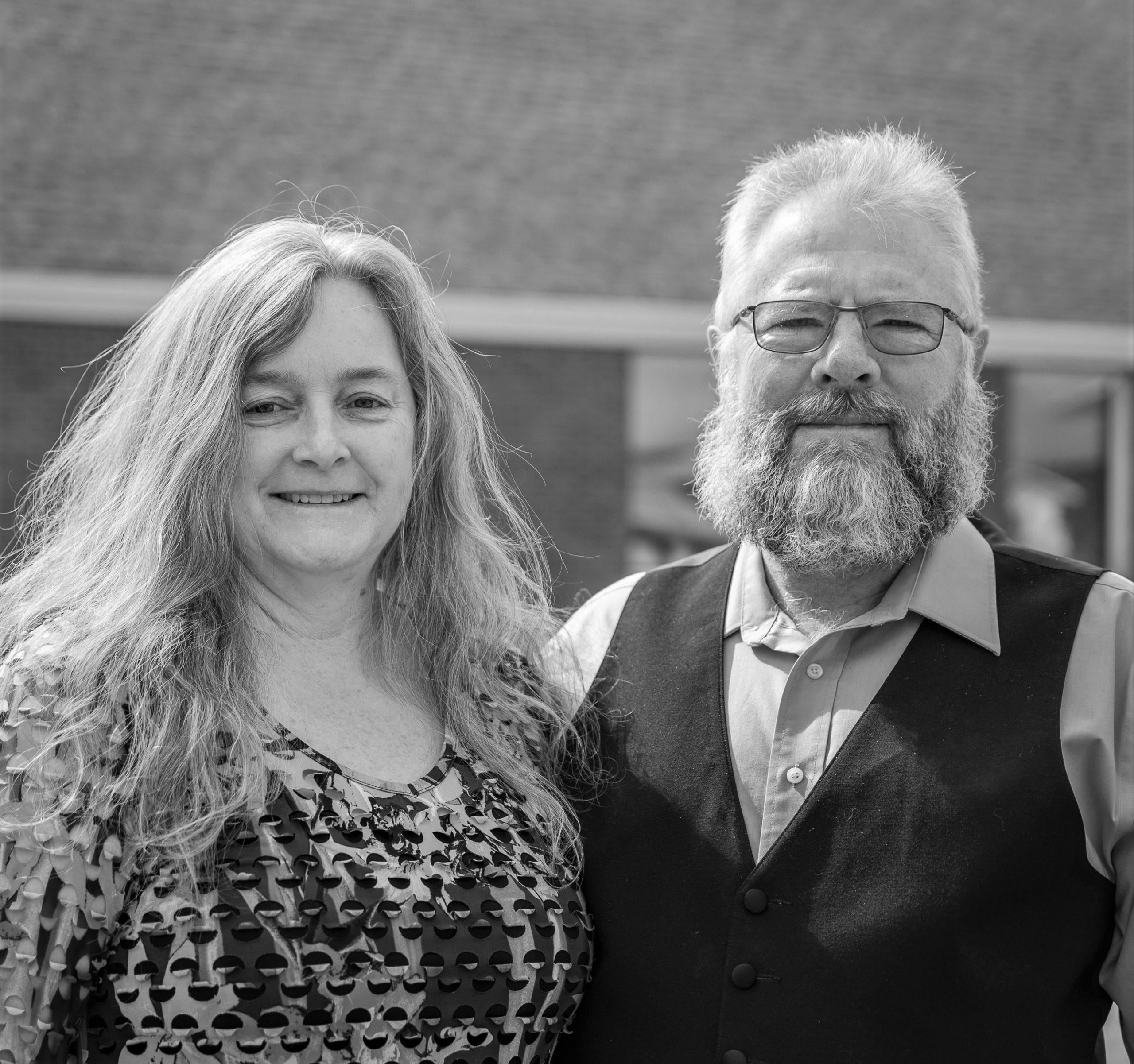 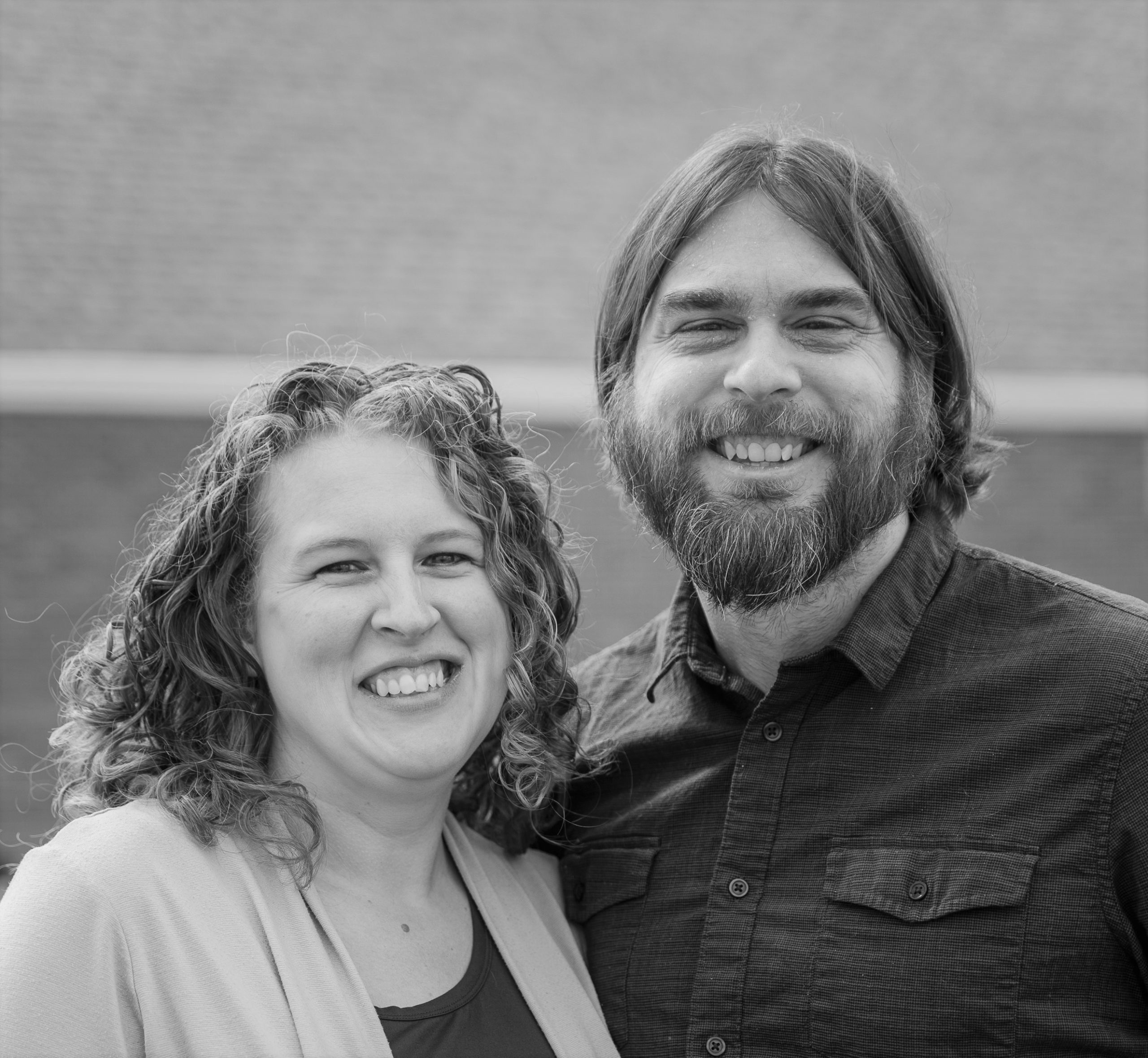 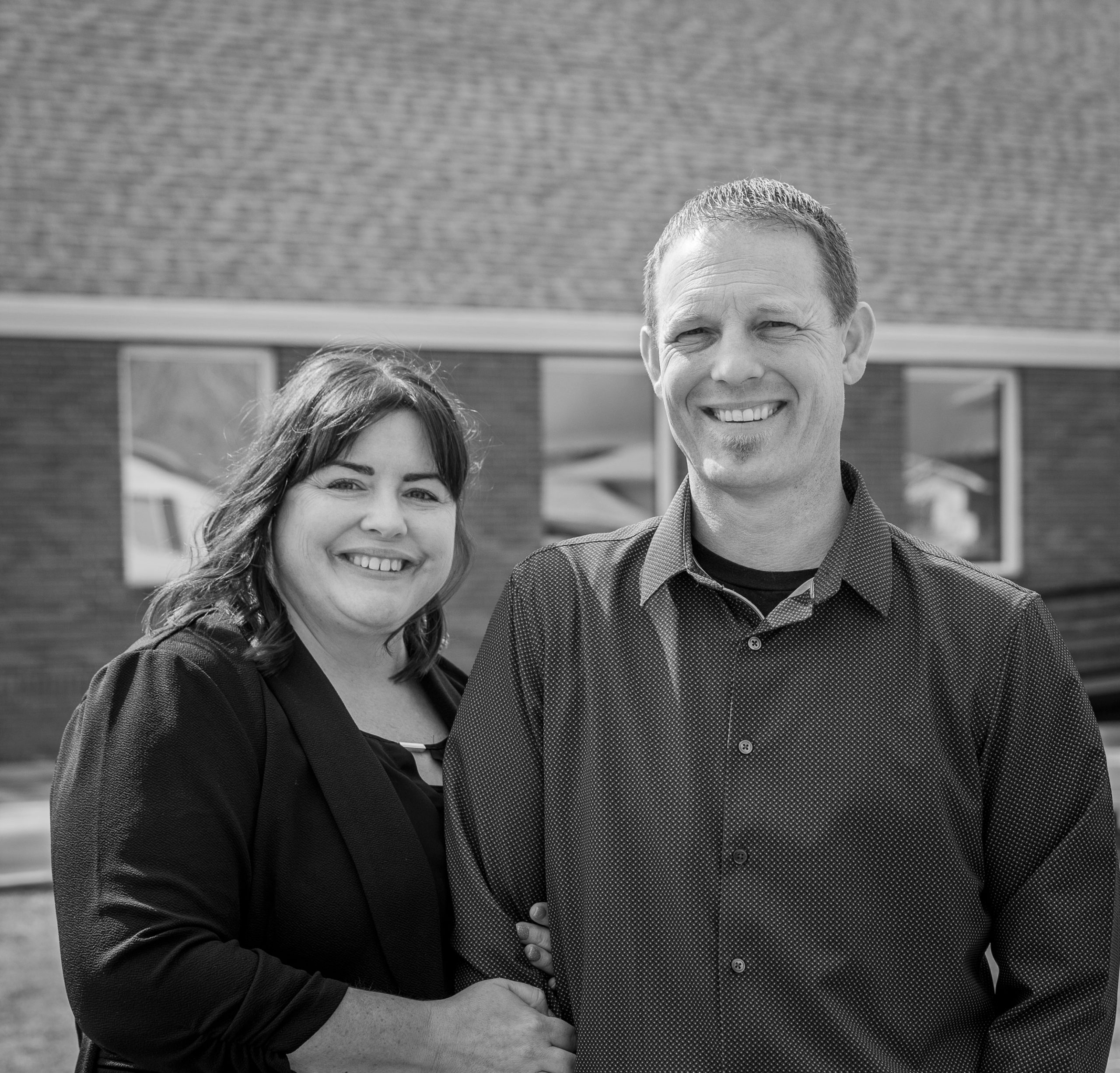 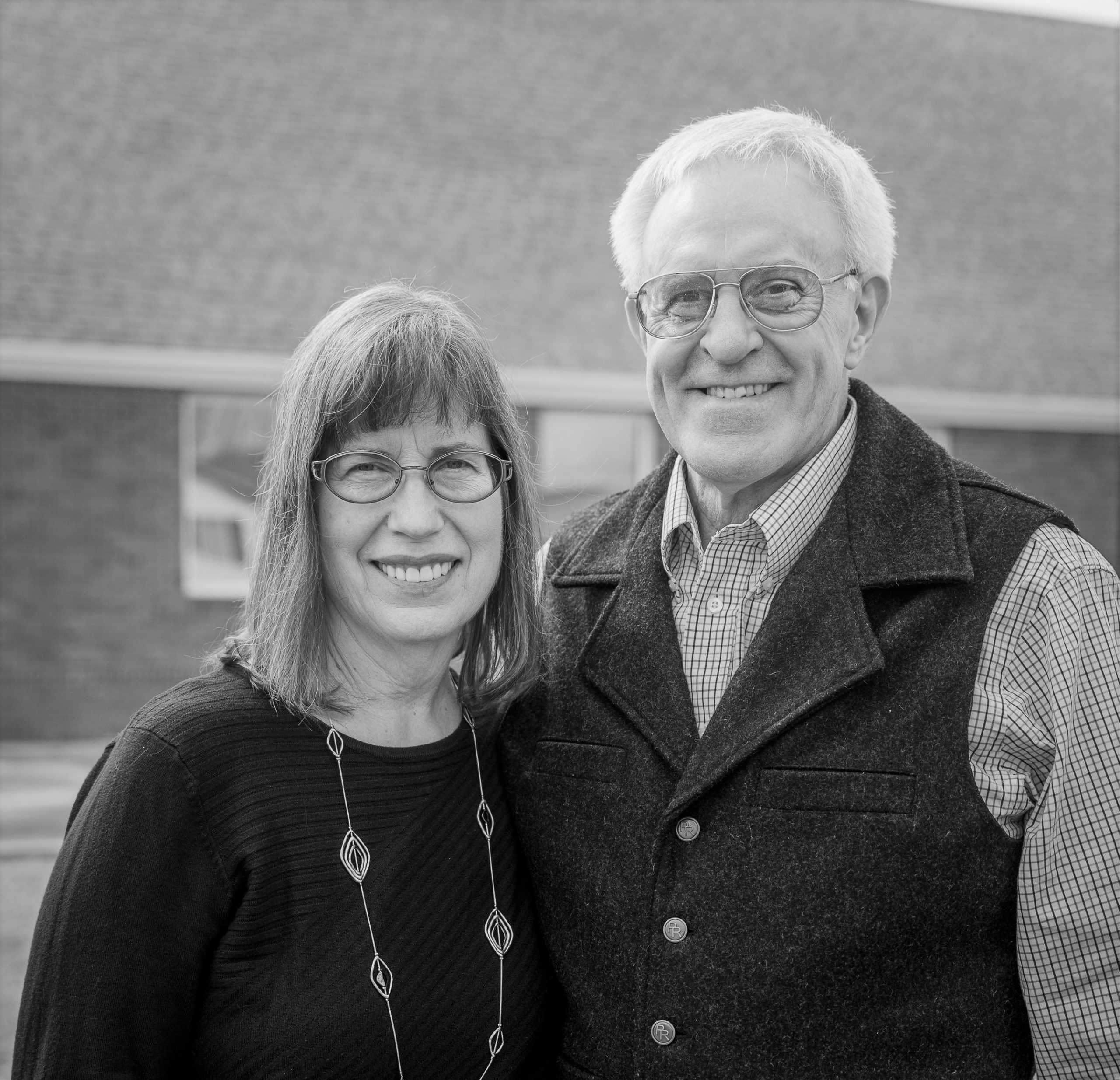 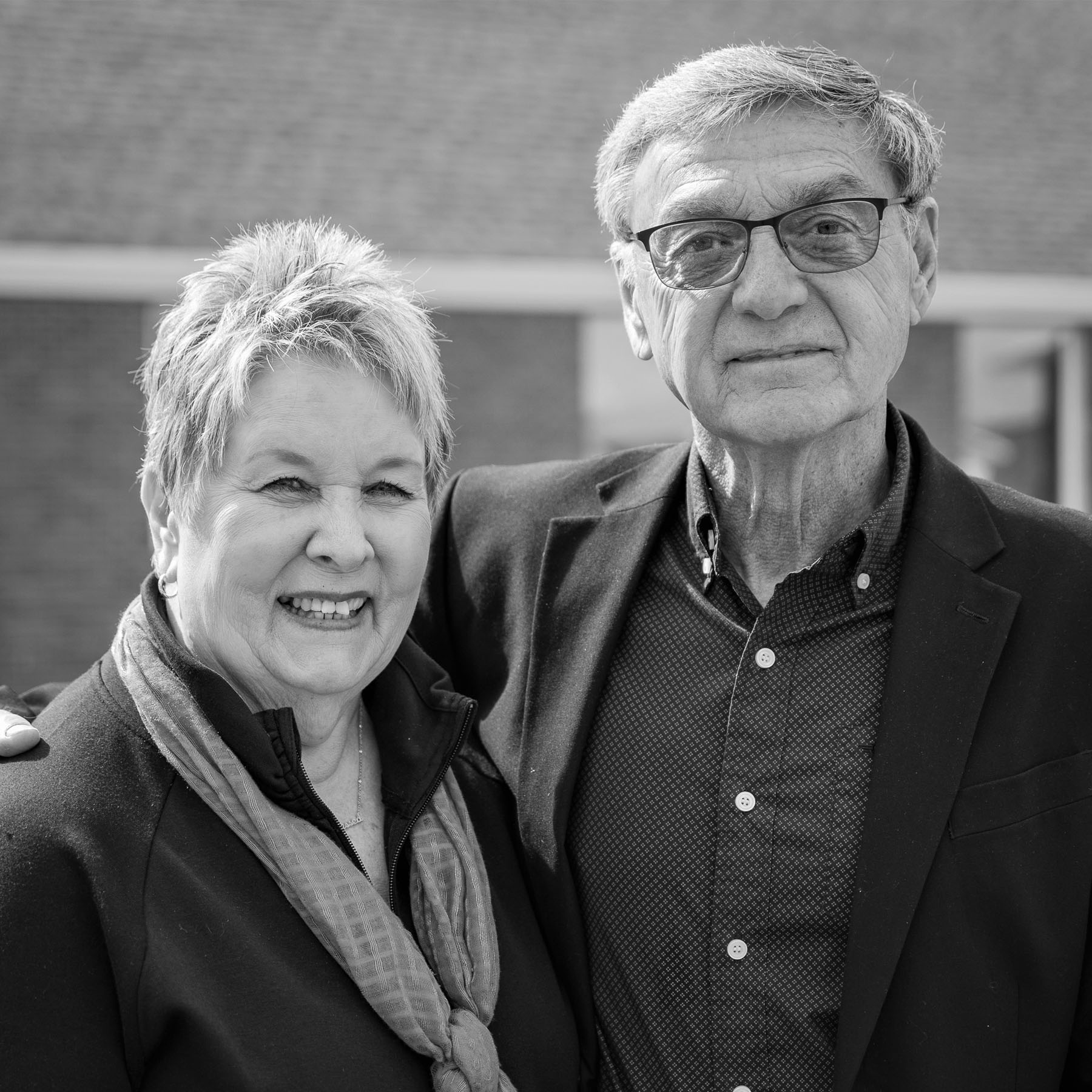 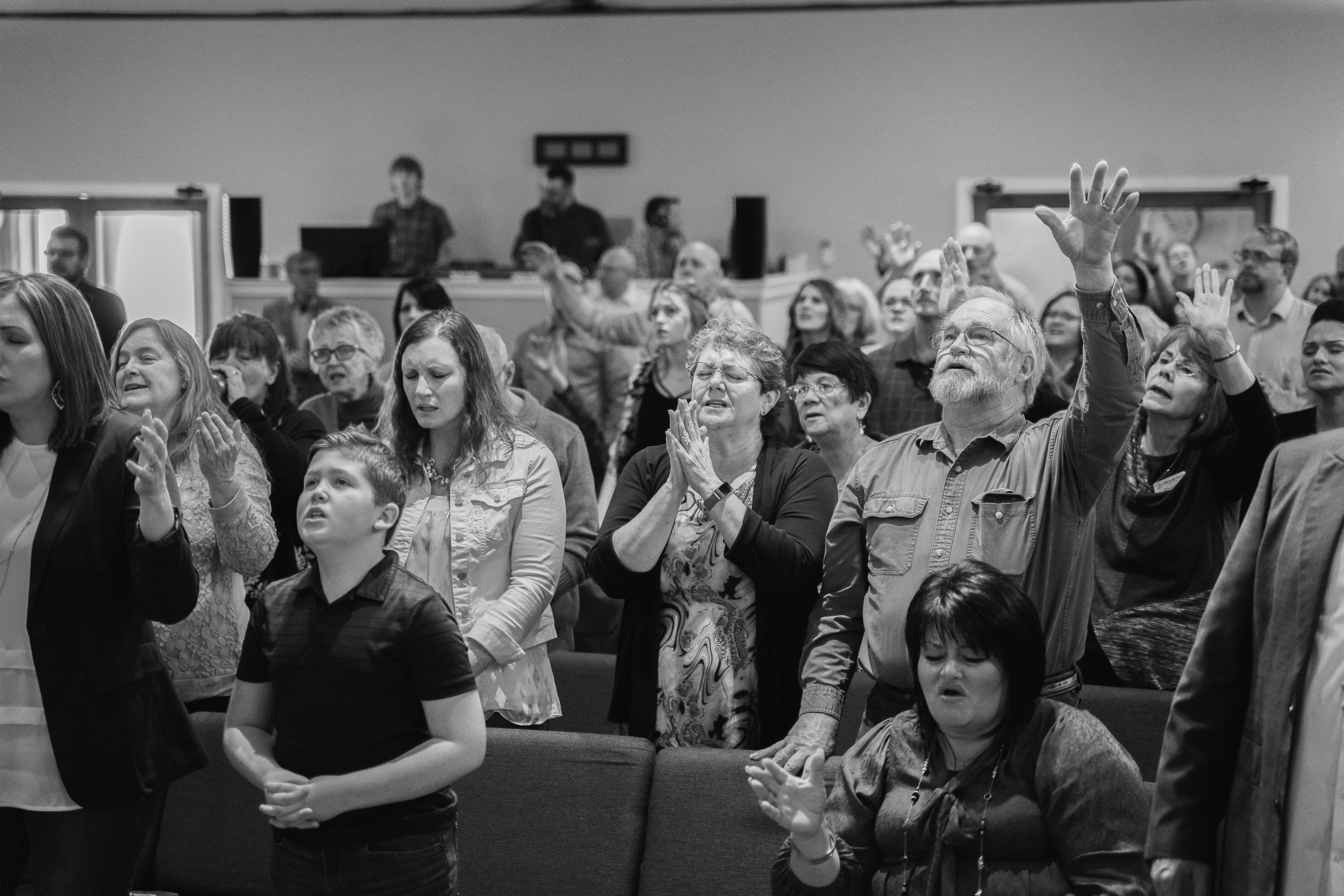 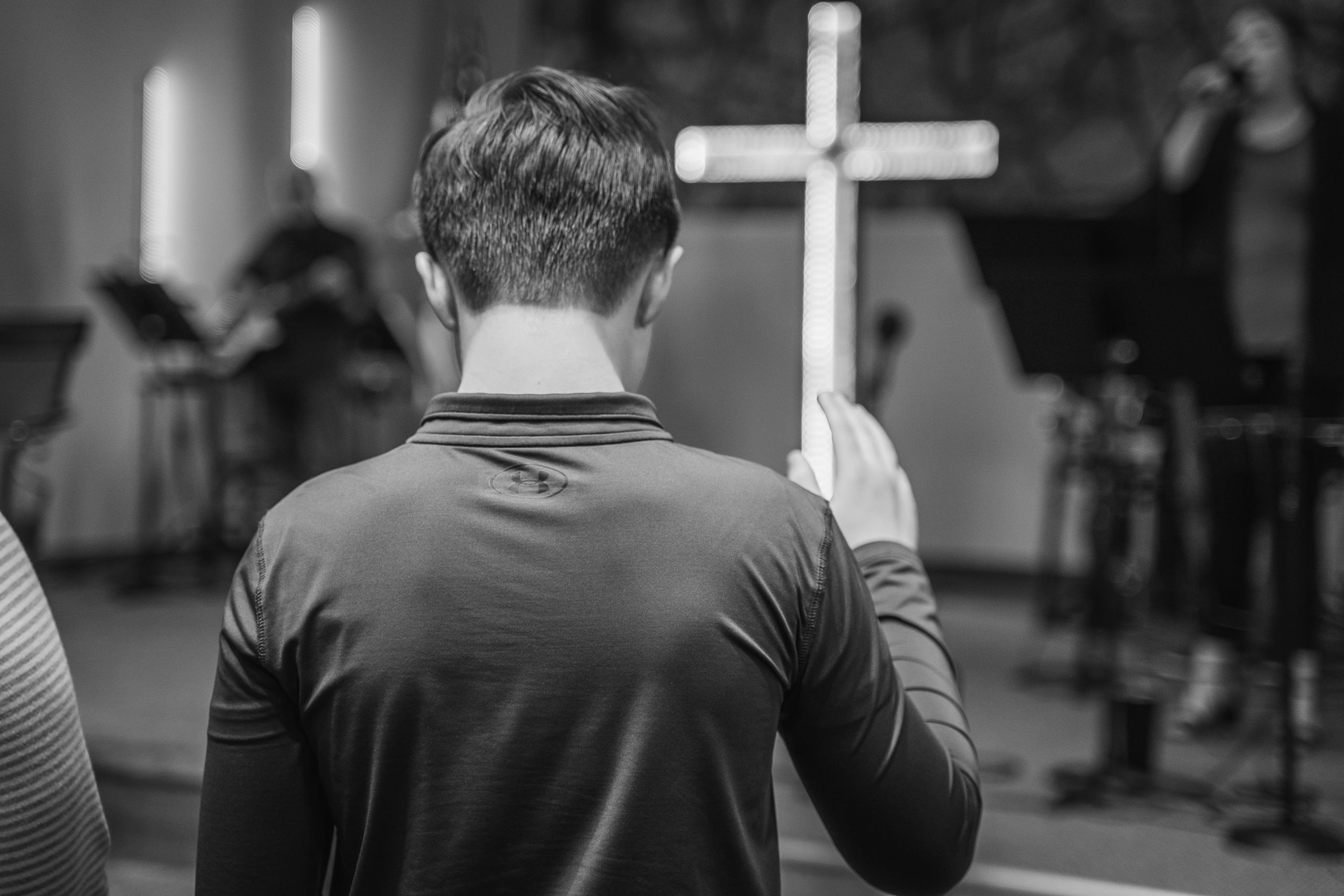 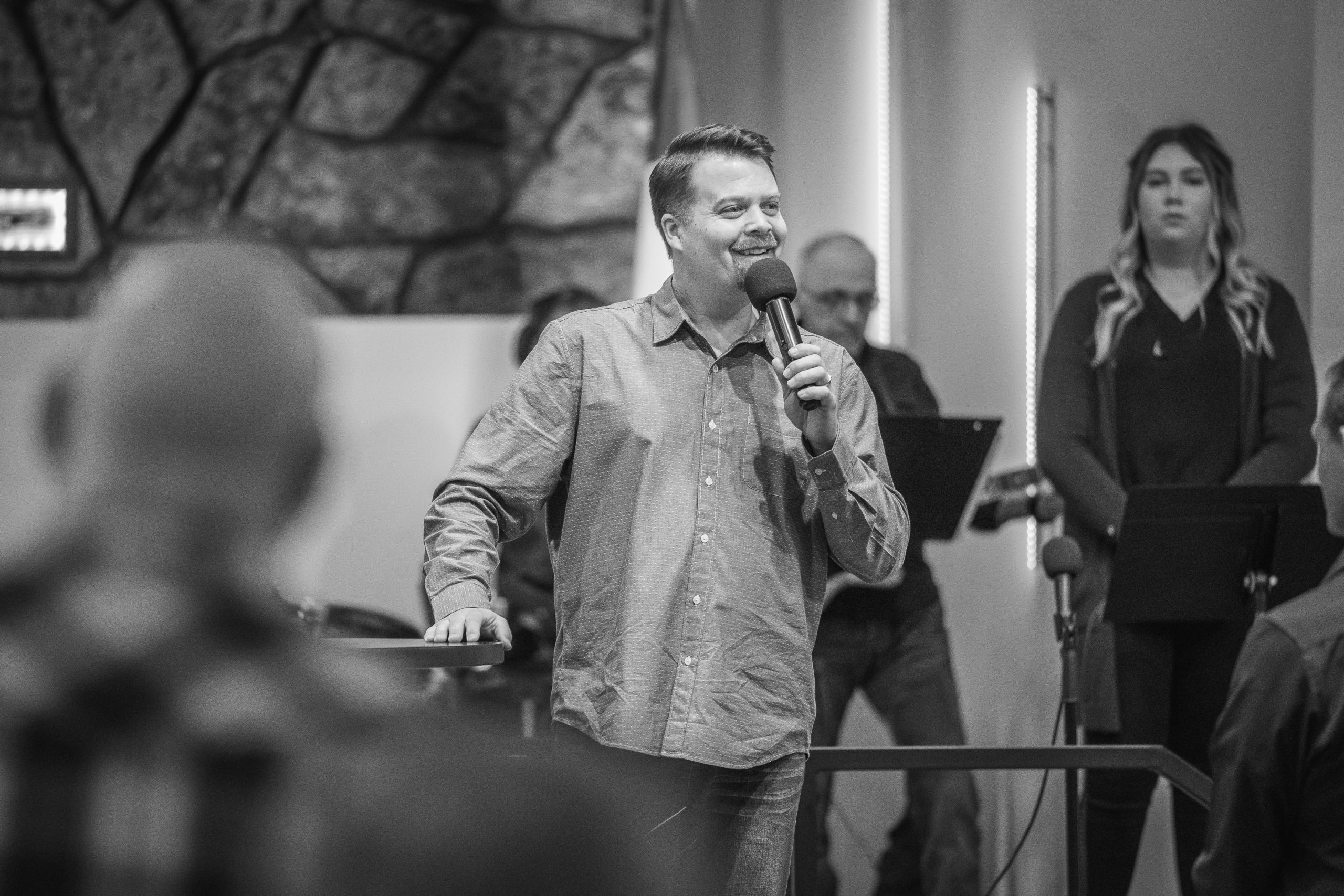